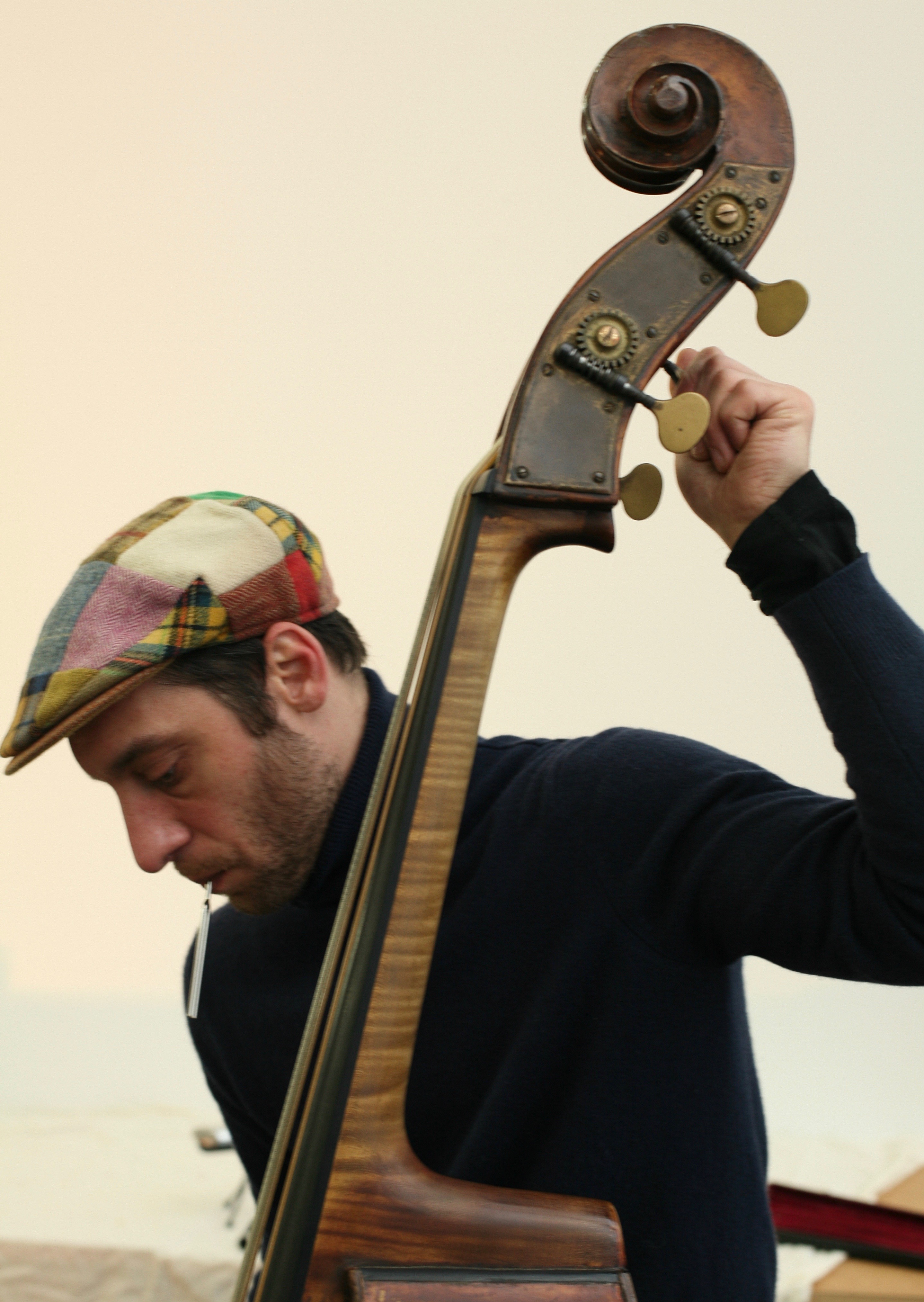 Double bass player Antonio Borghini is active since the late 90’s in the European music scene exploring the process of improvisation. His main focus is the collective, and how to develop together strategies that combine compositions, words and movements in an inclusive way. This way of working leads him to build long-term collaborations based on collective work, intuition and on the urge for invention.

Double bass player and composer.
Born in Milan in 1977, he grows up in Rome where, at the age of ten, begins his musical studies privately and later on at “G.B. Martini” conservatory in Bologna. Based there, he joins in the late 90’s the musicians collective “Bassesfere”, and starts collaborating with many bands (Cristina Zavalloni “Open quartet”, “Orange room”, “Headless cat”, “Mrafi”, “Chant trio” a.o.)
In 2003 begins his long term collaboration with cellist Tristan Honsinger playing in the group “Small Talk”. In the years 2004-2006 he plays concerts around Europe with many projects such as “Domino quartet” with Sean Bergin, Gianluca Petrella and Hamid Drake; David Murray trio and quartet; the “Anthony Braxton quartet” and the Butch Morris Orchestra. His sextet “Memorial Barbecue” is invited to the international jazz festival in S.Anna Arresi. From 2007 till 2010 he’s the bass player in Mike Patton’s project “Mondo Cane”. In 2008 he publishes the first record of his music with the group “Malebranche”. The quartet “Eco d’alberi” is the first italian ensemble playing at the Vision festival in New York.
Through these years he played, toured and recorded with many other musicians such as Han Bennink, Taylor Ho Bynum, Mary Halvorson, John Tchicai, Leo Smith, Cristiano Calcagnile, Edoardo Marraffa, Pasquale Mirra, Vincenzo Vasi, Mirko Sabatini, Fabrizio Puglisi, Francesco Bigoni, Stefano Bollani, Aldo Romano.