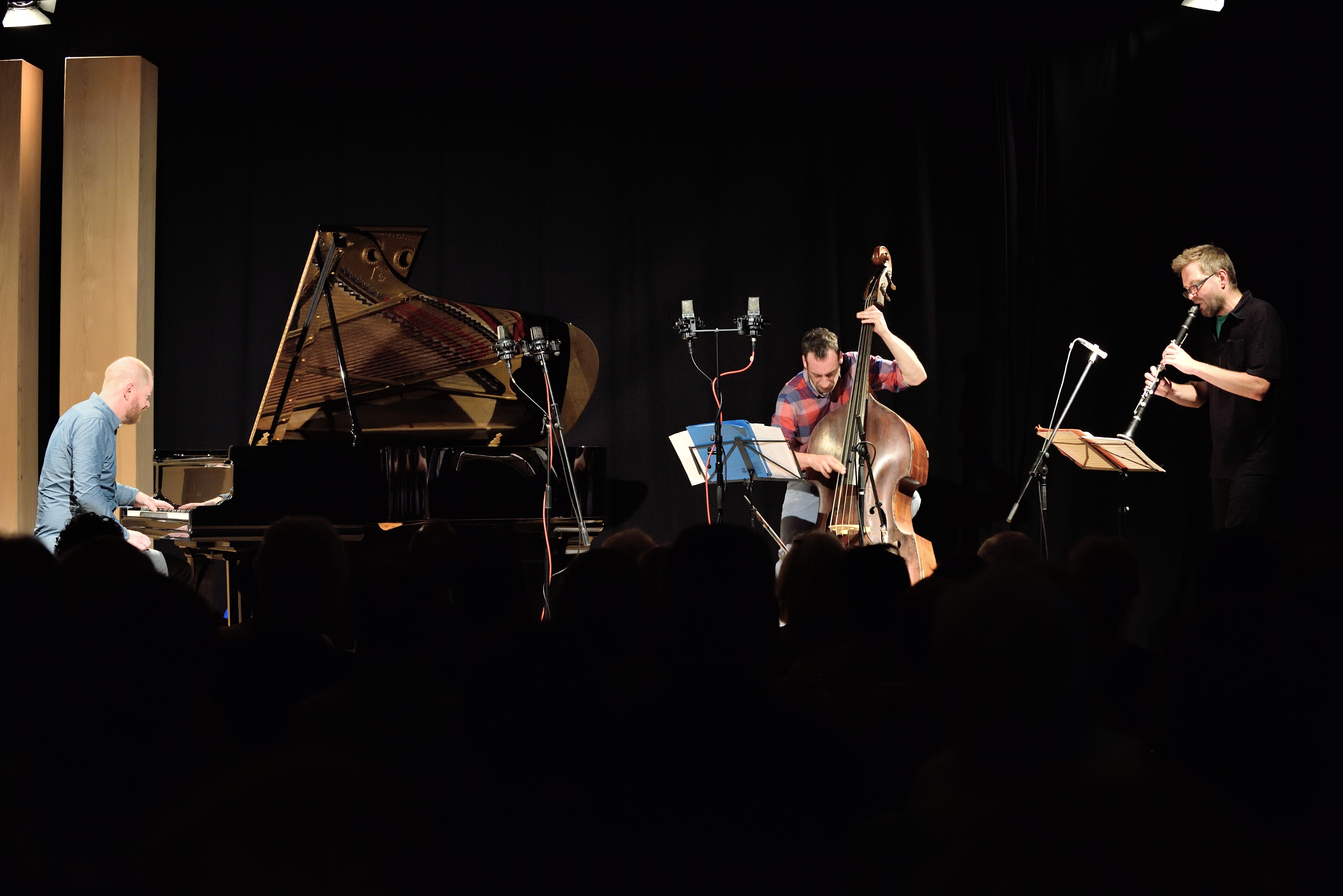 The trio, established in summer 2009 and based in Berlin, is a collective project exploring improvisation through original compositions brought by each of the musicians involved.
Piano, reed and string instrument is a line-up deeply rooted in chamber’s music tradition, “transparent” and yet capable of shaping a strong counterpoint, either of melodic lines or abstract soundscapes.
After playing concerts at places such as Umlaut Festival/Paris and for the german radio station SWR the group released in 2014 the first selftitled CD at “lost opportunities”. More concerts followed the release and in early 2016 the trio recorded a brand new repertoire, willing to investigate further its own music and get to a deeper understanding of its possibilities. The second cd “Concurrences” was released in 2018.

Concurrences, Trouble in the East Records (2018)

Listen here to the whole album

The Shadow: It is so long since I heard you speak that I should like to give you an opportunity of talking.
The Wanderer: I hear somebody talking—where? who?
The Shadow: The reverse projection of an object blocking the light. The mirror image of the soul. The doppelganger. But on the south side, there is a piece of sky, sadly blue. Welcome at the shadow hotel Garmisch!
The Wanderer: Be serious, dear fool!
The Shadow: But shadows are more shy than men.
The Wanderer: By God and everything else in which I disbelieve, it is my shadow that speaks. I hear it, but I do not believe it.
The Shadow: Let us assume that it exists, and think no more about it. In another hour all will be over

(Not very accurately quoted from “The Wanderer and His Shadow” by F. Nietzsche)

> Listen to the complete album on Bandcamp