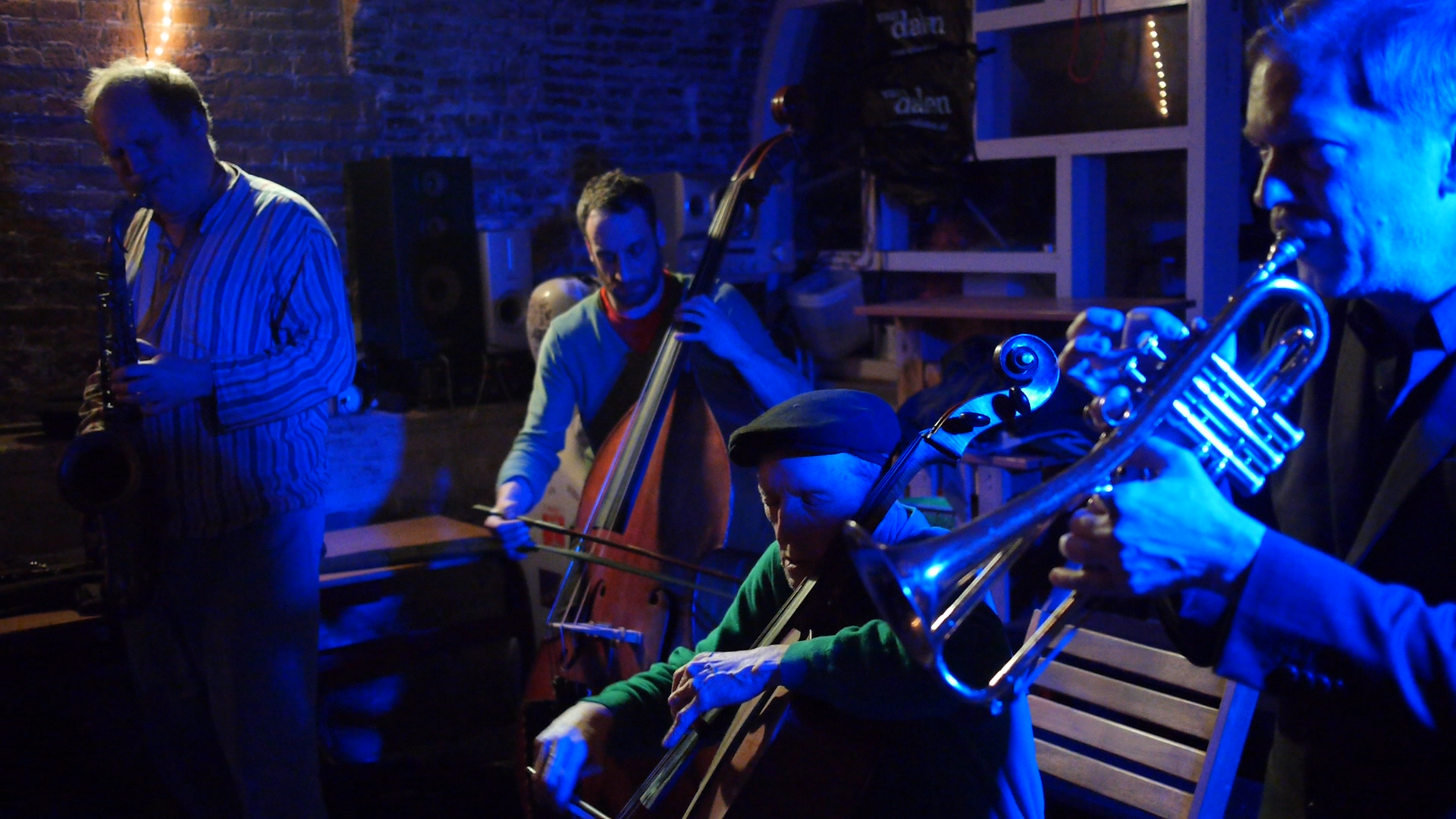 On a sunday afternoon in June 2010 Honsinger, Dörner, Delius and Borghini played their first concert as a quartet in the legendary Berlin venue “Miss Hecker”.
The spontaneous meeting turned quickly into a working band named “Hook, line & sinker”. Through the years the quartet performed regularly in Berlin, mainly playing “residencies” in Sowieso, one of the main stages of Berlin’s improvised music scene.
The combination of music, movement and theater, trademark of Honsinger’s work in the last 40 years, finds in this quartet a very strong synthesis and makes “Hook,line & sinker” a rather unique live band, able to improvise combining songs, dialogues, abstract cabaret and each player’s own music.
Besides the work in Berlin, the quartet performed around Europe in various festivals and venues such as Bimhuis, Jazzgalerie Nickelsdorf/Konfrontationen and Zommer jazz Fiets tour.
In May 2016 the quartet was invited by Doek festival to present the “residency experience” in Amsterdam, playing three “late night” shows in Spinhuis. The event was captured on camera and a DVD will be released on dutch label ‘de platenbakkerij’ in winter 2016. 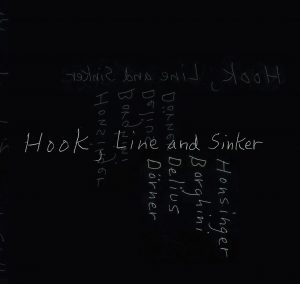 Live at Spinhuis Amsterdam during ABC Doekfestival 2016: Amsterdam Berlin Chicago ‘Capitals of Improvisation’. May 3 2016
Third night of a ‘three nights in row’ night concerts series in a squatted former dungeon located under a canal bridge in the center of Amsterdam.

“Probably the most spectacular instance came in the three ‘round midnight performances by Hook, Line & Sinker (HLS) at the Spinhuis. A former dungeon located beneath the Multatuli Bridge, the cramped, subterranean space was an ideal setting for the unique sensibilities of slide trumpeter Axel Dörner, tenor saxophonist/clarinetist Tobias Delius, cellist Tristan Honsinger and bassist Antonio Borghini. Seeming at times either performance of Waiting for Godot or vaudeville act, the concert relied as much on verbal as instrumental improvisation. The wordplay, usually sparked by Honsinger, often devolved into skits, with the foursome continuously changing places in the room, singing pseudo-sea shanties or acting out neo-Dadaist playlets. Euphonious as well as entertaining, innate musical sophistication allowed Delius to slurp pre-modern styled balladry and post- modern screeches with the same conviction he used to deflect the cellist’s puns and Dörner to growl split tones from his bell or rhythmically advance a tune blowing raspberries sans trumpet.” Ken Waxman, The New York city jazz record

“Such was the overall speed of response and level of interaction that there was a feeling that anything could happen. And that’s probably the highest praise you can give a set of improvised music.” John Sharpe, All about jazz